Chris’s interest in photography started as a teenager, discovering the delights of home processing his 35mm transparency film from a Practika MTL camera. After finishing his Electricans Apprenticeship, he was keen to work in photography somehow.

This lead him to joining the RAF and serving as a Ground Photographer, a job which he loved. In turn, this then brought him to RAF Brawdy in West Wales, an area where he has stayed all this time, loving his job and the region in which he lives.

Chris is now based in St Clears, Carmarthenshire, South West Wales, having lived in Pembrokeshire since the early 80s. When he left the RAF, he set up Chris Warren Photography, which was successful, covering local news for the Western Telegraph, and gaining a good reputation for weddings and family portraits.

There was a growing market for tourism and location photography, which proved to be interesting in providing opportunities  to visit so many places, not only making Tenby famous, but travelling into Europe as well. Over the years this has resulted in Chris’s pictures being sold for all types of publications, marketing and advertising in over 50 countries, as well as running a comprehensive database of images.

His professional work started with using large format film cameras, but is now down to the latest in modern day digital. He is always learning new ways, which has made this long career an interesting one.

Major clients include The Welsh Assembly Government – Visit Wales, CADW, National Parks – Chris was awarded the 60 Images for 60 Years commission from PCNP to celebrate their 60th anniversary , which was very well received. 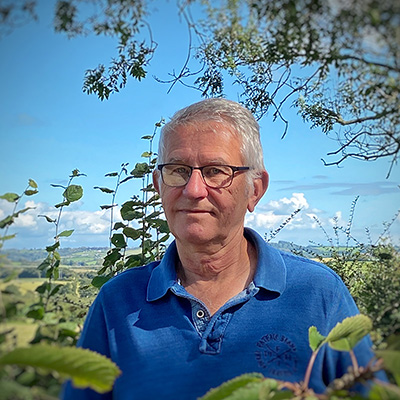